by Meredith Farkas on 7/26/2022 with Comments Off on Oppressive structures and the oppression of lack of structure comments about me, slow librarianship, Work 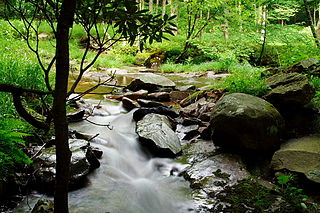 I have a notebook from my trip to Paris in 2003 for my friend’s wedding. It’s unbelievably detailed. Basically, I cut out things from four different Paris travel guides, wrote notes, and made my own extremely detailed guide book for what I wanted to do each day in Paris. I look at it now and it does look fairly ridiculous. My trip back to Paris with my family in 2018 involved similar planning, though done in a Google Doc. I created itineraries for each day we’d be in Paris with streets, buildings, parks, activities, restaurants, and bakeries listed for each location. It was absurdly structured. What is funny is that I actually love serendipity. I like just wandering around a place and discovering new things. That’s how we spent my birthday this year. We went on a hike in Forest Park and then grazed on food and drinks from random places in the neighborhood around there. It was a total joy. But I’m usually too afraid to leave things to chance like that, especially if I feel like others are depending on me. I feel like it’s all sitting on my shoulders and I don’t want to mess things up. I don’t want to let people down or myself. If I have it all planned out, I feel safer.

I’ve been this way ever since I was a teenager, always doing everything I could to avoid stress, ambiguity, or the possibility of letting others down. If I had an assignment, unlike literally all of my friends, I would get it done days or even weeks in advance of the deadline. I was also always the person in group projects who created structure and a clear accounting of who was responsible for what. Later on, I’d be the person on committees creating order, documentation, and providing clarity around what each person was responsible for (always collaboratively, but I was often the driving force in that kind of work). I can’t deal with the stress of deadlines looming over my head. I can’t deal with the ambiguity of not knowing what my role is in a group. I worry that I’m going to fail someone, that I’m not doing enough. So I try to create structure. To manufacture a sense of control so I don’t fall apart at the seams.

It’s only within the past few years that I was able to see that this need for structure and clarity was actually a response to trauma. Keeping things controlled and predictable is a common survival strategy of folks who grew up in physically or emotionally abusive homes. Growing up, I never knew when someone was going to blow up at me. There was a lot of screaming and harsh unrelenting criticism in my house. And it was often over the tiniest most insignificant things. There was never room for mistakes — making a mistake meant being screamed at and called terrible things. And when you’re a kid, you know nothing different. I truly believed there was something horribly wrong with me; that everything I did was wrong. That I would grow up and no one would ever want to share their life with me as my mom told me. As a child, I only really felt secure when I was with my abuela and abuelo. They let me see another world, one where I was good and loved. It’s not hard to see how a childhood where I almost never felt safe led to a need to create structure to protect me from messing up or letting people down. My younger brother is the king of routines and control and it didn’t occur to me for years that we shared that rigidity, because it manifested in different ways in our lives. But I think we both are constantly hedging against disaster because of how we were raised.

I’ve made a lot of progress over the years. Having a baby is a great lesson in losing control. It was an experience that has really helped me to soften in the face of what I can’t control rather than going rigid, though I don’t always get it right. COVID also created a lot of uncertainty that I handled fairly well. I’ve also gotten a lot better at failing or not getting something done on time. It used to be that when I was managing a project, if someone didn’t get their work done, I’d either mother them or I’d do it for them. A few years ago, I started letting people fail and letting the project fail if others didn’t get their work done. I didn’t let it all rest on my shoulders. I’m also more at peace about many of the things I can’t control. And I’ve made a ton of progress in letting go of a lot of the aspects of white supremacy culture I think I most embodied — like perfectionism (in myself — I was never so hard on others), a sense of urgency, and individualism.

Yet, I’ve also come to believe that it’s ok for me to be who I am. If I need structure, routine, and clarity, that’s not a weakness that I need to overcome. It’s how I stay healthy as a trauma survivor. While, yes, I’d love to not be anxious at all, I’m not sure that’s realistic, and I’m done seeing my needs as flaws or unimportant. Beating myself up for how I feel is like shooting myself with a second arrow. I’m done pushing my needs to the bottom of the pile when working with others. When I’d join a committee in the past and there was so much ambiguity over what each person was supposed to be doing, I would blame myself for feeling the anxiety I did and tell myself I just needed to overcome it. As I worked with more neurodivergent people, anxious people, and people with PTSD, I realized I wasn’t alone in the way I felt and that creating structure and clarity is simply what a lot of people need to feel safe. We all deserve to feel safe, right?

A few months ago, I rejoined a committee focused on DEI and antiracism work; the previous incarnation of which I was part of. Particularly when doing this sort of work, I am aware of my whiteness and how I can embody some of the characteristics of white supremacy culture. While I hold several marginalized identities (Jewish, queer, disabled), I feel pretty strongly that BIPOC should be centered in this work. I didn’t want to come in and try to change things, but just to contribute to the work wherever I could be most useful.

What became clear pretty quickly was that the Chair of the committee was doing way too much work (something she brought up herself) and perhaps because of it, no one wanted to take over as chair or even act as co-chair. I could see that a lot of the things she was doing did not have to reside with a chair and suggested that we could create a structure where the power and responsibility were shared equally across all members of the committee. We could each take on leadership roles — managing the grant money, liaising with our parent organization, etc. We’d been talking about how a Chair role itself is such an artifact of whiteness culture, so I thought that suggesting a more democratized structure would be welcome. And if not, I suggested that one of our goals for the following year could be to figure out a committee structure that works for us and doesn’t feel like it replicates whiteness. But one colleague brought up that “structure” in and of itself can feel oppressive to BIPOC. It rang alarm bells for her. What for some provides safety and clarity for others is a painful and ill-fitting straightjacket. I’m really glad that she mentioned her concern rather than just going along with the creation of something that felt oppressive for her. In the moment, I felt ashamed of my need for structure. But upon reflection, I recognize that both needs are real and valid.

It got me thinking how accommodating one group might unintentionally cause harm to another. How do we honor both the need for structure that provides safety for some and protects some from overwork and that for some people the idea of structure is whiteness in itself? I’m still playing with this in my mind. As a White woman on this committee, I want to prioritize the needs of my BIPOC colleagues. I will soften to the lack of structure and with fearing that I’m not doing enough, because I don’t actually know what I should be doing. I’m reminding myself that I have the luxury of job security and this is a volunteer role, so I can put it into perspective and soften when it hits against my usual boundaries. This whole thing really highlights for me the importance of teasing out diverse needs and concerns. More often than not, I’ve been too ashamed to admit to my own needs around structure and clarity. And I’m sure that in majority white spaces, our BIPOC colleagues frequently feel unable to bring up their needs when they diverge from the majority. How can we create spaces where people who hold all kinds of marginalized identities can be honest about what they need?

For me, owning and accepting my “issues” has been therapeutic. I find there is much more pain in denying or trying to muscle through what I’m feeling than to accept it. In the case of this committee, I think I’m going to have to accept more ambiguity than I’m usually comfortable with, but I’m going to be gentle with myself in the face of what I’m feeling. I’m not going to feel responsible or worry too much about what isn’t getting done because we don’t have a solid structure. It’s not on me. Surrendering to the reality of a situation can sometimes be really freeing. I recently had to do that at work and it felt good to say “this is just not going to happen, no matter how hard I try” rather than to keep banging my head against a wall or overworking because my boss won’t make space for me to do some important work. Why keep torturing myself? While I hope this committee can collaboratively design a structure in the future that nurtures everyone’s well-being and doesn’t replicate white supremacy culture, I’m also going to be ok if that doesn’t happen. Knowing when to harden and soften your boundaries is a real art form and one I hope I’m getting better at day by day. I don’t want to harden when I should be more flexible or soften when that means accepting injustice or mistreatment. May we all know when to push back for our well-being and when to let go for our sanity.

← Universal design for work?
Cultures of care and solidarity →