My year in reading 2016 by Meredith Farkas 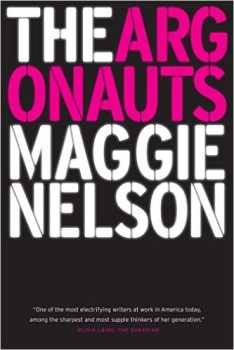 2016 has been one hell of a year. It started out for me with optimistic giddiness, then crashed into the land of extreme stress and fear and stayed there rather longer than I would have liked. But what I’d thought was the end of so many good things in my life actually marked the beginning of a fantastic new chapter. While I wish I could have skipped the painful lessons and jumped right to the end, I’m grateful for all I learned this year. I’m happier and healthier for having gone through it. That doesn’t mean I’m not freaked out as hell by the incoming presidential administration or really saddened by the deaths of so many actors, writers, and musicians I loved, but I also feel tremendously lucky for what I have in my life. So much love.

Compiling the list of books I read this year takes me back to some of the sadder times, because I can remember where I was while I was reading each one. Those books listed in bold were among my Top 10 for the year. Those with an asterisk are ones I either didn’t finish or didn’t really like. This list does not include the books I read to my son this year because it would be a VERY long list otherwise. Maggie Nelson’s visceral, honest, and poetic essays in Bluets and The Argonauts were, without question, two of the three best things I read this year. If you haven’t read Maggie Nelson, what are you waiting for?!?!?

Here are some books I hope to read in 2017. If you have any feedback on them (must-reads or don’t-reads) let me know!

May 2017 be kinder to all of us. And if it isn’t, I hope you find some good books that transport you somewhere else (at least temporarily).