My year in books, 2018 by Meredith Farkas 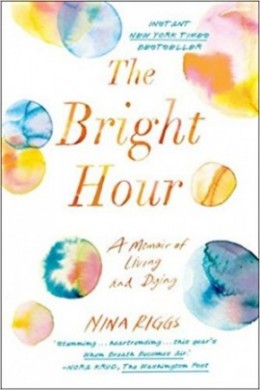 I had such good intentions to blog more this year, but the second half of 2018 has thrown me a lot of curveballs emotionally and it’s pulled me away from a lot of the things that keep me engaged with others (funny how that seems to happen when you need people the most).Books are always a comforting constant in my life — a good way to get out of my own head. I left 2018 feeling brittle, but hopeful.

I did a pretty terrible job of keeping track of what I read this year, so it’s quite possible I read other things beyond these 52 and just don’t remember. I bolded the books that I really loved and would recommend to others and I was very surprised that Barbara Kingsolver’s new book did not even come close to making that list (I really disliked it). There are a lot of critically-acclaimed books that I read this year and felt rather “meh” about.

I’m coaching my son’s Oregon Battle of the Books team again this year (they made regionals last year as third graders!) so I committed to read all 16 books and develop practice questions for the kids. It took up way more time than I’d anticipated, so I don’t imagine I’ll do that ever again (it’s always hard to find that sweet spot as a parent where you feel like you’re doing enough that you don’t feel like a crappy mom, but aren’t doing so too much that no one is really going to appreciate). Live and learn.

And here are some books I hope to read in 2019. Any you’d particularly recommend?

← “Devaluing” the MLS vs. respect for all library workers
Thoughts at Mid-Career Part 1 – Letting Go, Questioning, and Pathfinding →