My year in reading, 2015 by Meredith Farkas 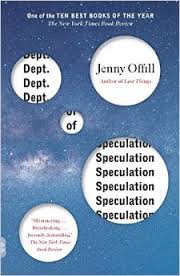 I’ve learned over time that work/life balance not only looks different for every person, but looks very different for an individual from one moment to the next. The needs you and your loved ones have and the things that give you the most pleasure can radically change over time. This year, I really tried to make more time in my life for reading. While reading helped transport me to other places when I was dealing with horrible work stress that no longer exists in my current (wonderful) job, I’ve found the practice of reading every evening psychologically beneficial. Reading centers me… puts me in a good mental space. I still have some nights when I’m so worn out I just want to watch guilty pleasure TV (and do), but I’ve found myself turning to books more often than not this year.

Here’s a list of books I’ve read in 2015. The books noted with an asterisk were ones I couldn’t get through. Ones in bold, were books I REALLY enjoyed or found particularly moving (it’s hard to say you enjoyed a book that emotionally put you through the ringer). I put what I’d probably say was my favorite book read this year as the featured image for this post.

This year, I’ve included some books that I read to my son, though only the long ones and only those we’ve read since summer. We are pretty religious about our approximately one hour of reading to our son each night (though now he has to do 15-20 minutes of reading to us as well), so we’ve covered a lot of territory over time. Getting into the Harry Potter books this Fall has been such a great pleasure for me (I’m the only one allowed to read those because my husband can’t do a British accent). It’s so fun to see the books through his eyes this time around.

The Martian: A Novel – Andy Weir – a rare case where the movie was better than the book. Great story, but badly written IMHO.

Americanah – Chimamanda Ngozi Adichie – I wanted to keep following the compelling story of the two Nigerian protagonists long after the book ended.

Everything I Never Told You – Celeste Ng – about growing up under the weight of parental expectations. A tragedy.

Department of Speculation – Jenny Ofill – a book that defies description. Almost stream of consciousness, but not in an artsy pretentious way.

Matterhorn: A Novel of the Vietnam War – Karl Marlantes – this book shook me to my core.

All the Light We Cannot See – Anthony Doerr – simply beautiful

The Life Changing Magic of Tidying Up – Marie Kondo – a bit dogmatic, but my house is so much less cluttered and better organized now!!!

Lean In – Sheryl Sandberg – I liked this much more than I’d expected to given that I don’t feel I really lean in.

The Devil in the White City – Erik Larson

The Girl on the Train – Paula Hawkins

Our Souls at Night – Kent Haruf – I was so sad for it to end, knowing I’d never read another new book by one of my very favorite authors. RIP.

Harry Potter and the Chamber of Secrets – J. K. Rowling

Harry Potter and the Prisoner of Azkaban – J. K. Rowling

Harry Potter and the Goblet of Fire – J. K. Rowling

I don’t Know Where You Know Me From: My Life as a Co-Star* – Judy Greer

Annihilation: A Novel – Jeff VanderMeer – I’d expected to like this, but it was a real disappointment

In the Unlikely Event – Judy Blume

← Should the horrible first job search be seen as a rite-of-passage?
Reputation is everything: On problematic editing and sponsored content →