My year in books 2017 by Meredith Farkas 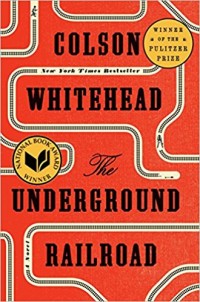 Reading this year has been so many things for me. An escape. A way to educate myself. A way to see my own struggles in a different way through another’s story. A way to understand the struggles of others. A way to better understand where I came from. This year I think I’ve read more than I had in any other year since college. I read 16 of the 22 books I’d hoped to read this year, which feels like an accomplishment. Books with asterisks are ones that I didn’t (because I couldn’t get into them) or have not yet read in full (as is the case of the books by Nguyen, Clinton, and Clements). I struggled this year to think of what my favorite book was, but The Underground Railroad, Little Fires Everywhere, The Hate U Give, and Bad Feminist were definitely highlights.

This year, I also listed the children’s books I’ve either read with Reed or on my own. Reed is part of an Oregon Battle of the Books team this year and I’m their coach, so I’ve been slowly reading the 8 books he was assigned to read so I can help quiz him. He’s finally gotten into reading, which I could not be more thrilled about. I remember having the same experience the summer before I started third grade: one moment, I hated reading; the next, I was in love.

Here are some of the books I hope to read in 2018, though as always, I know that serendipity and the vagaries of Overdrive hold lists will impact my decision-making. If any of you have thoughts on these or alternative suggestions, let me know!