We contain multitudes by Meredith Farkas 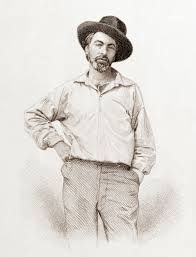 I’ve been thinking a lot about how people choose to define themselves and what happens when things in their world challenge that definition. This is probably because I spent the weekend with someone close to me who pretty much defines himself by his work, and also read a blog post by a friend with a new baby who is struggling to reconcile who she is professionally in light of this sea change in her life. But also, in my own life, I know that that there are a lot of different pieces of my identity, but only a few by which I really define myself.

I know that I’m the same person I’ve always been, but that my life is, in many ways, different than it was 5, 10, 15 years ago. And I find that I define myself more and less by certain things in response to external variables in my life. But I’m not a different person. Throughout it all, I’ve been ruled by the same hopes and dreams and guided by the same values. My emphases may change, but the song remains pretty much the same.

I think there’s a tendency to over-identify with certain parts of our lives, because those are the places in which we get positive reinforcement. Of course, when you’re getting positive strokes in one area, you’re going to gravitate towards it. But does that create a balanced life? Is it healthy? And when we do identify strongly with one part of our identity, we can experience anxiety and a sense of rudderlessness when it is no longer present. A new baby. A lost job. An illness that prevents us from working. A breakup. A child leaving home for college. All of these things can throw us out of whack in a big way. But we are not just that one thing. As Walt Whitman said, we “contain multitudes.” Still, that can be hard to remember sometimes.

My friend Jenica realized this past week how out-of-whack trying to live her previous work-life balance is with an infant. An overachiever like me, when she tried to live her professional life exactly as she did pre-baby, she was wiped out, both physically and emotionally. Her response to why she did it: “I was thinking that this is the person I want to be, professionally.” I feel that… I do. Before I had Reed, I told myself “I’ve achieved a lot professionally, and even if I never do anything that good after having him, it’s ok.” But really? It’s not something you can shut off after putting such a huge percentage of your energies into being professionally active for so many years. When I had Reed, it was really hard early on to accept my limitations. I mourned “old Meredith” and thought I’d never again be so together or professionally active as I was before. I felt like I’d lost myself; like I was someone else. It was a tough time for me, because I’d defined myself so much by my professional involvement. Eventually, I found a way to feel like “me” again. Now, I’m professionally active in different ways than I used to be. I travel much less, write about the same amount (though more for scholarly publications than on my blog), and am  involved in service stuff that doesn’t require me to travel. I still feel professionally active and fulfilled, though I do miss meeting as many people as I used to when I could travel more. I suppose I still could travel a lot, but I don’t want to. My identity as a mother and wife is more important to me than that and I’ve struck a balance between the two that works for me. Jenica, you will go back to being yourself, though that self might look a little different.

We all have had shifts like this towards one part or another of our lives:

When you’re satisfied with your work, but unhappy in your marriage, you might be more likely to define yourself by your work.

It’s when you can’t make those shifts that you feel the painful distance between how we want to see ourselves and how we are.

I think the danger of relying too much on on one thing  to anchor your sense of self is that, if something goes wrong in that piece of your life, you may feel you have nothing else. I worry about people I care about who define themselves too much by any one thing, even when that thing is bringing them great joy. I remember a friend from high school who basically abandoned everything in her life when she got a boyfriend. When they broke up, the ties she had to others were not nearly as strong. A friend of mine homeschooled her kids while her husband worked. Then her husband left her and she’s had to start all over, working low-pay, low-skill jobs because she gave up her own professional ambitions for her family. I’m not saying that people shouldn’t stay home with their kids, but I do think you are taking a risk when you make a choice like that. It’s the same for workaholics who prioritize work over all else. What if you lose your job? What do you have if you’ve ignored the other parts of your life? For some people the risk may be worth it or it might not be as much of a risk as it is for others. The rewards of stringent focus on one thing can be great. Many  people in the world have done amazing things because they devoted their life to just one thing. But it’s still a risk and some choices to have a more singular focus in  people’s lives are more risky than others.

In the end, so many things in our lives are mutable. However, who we are, who we really are, doesn’t change. Our values don’t change. And, in times when we feel like we are losing ourselves because of changes in our lives, hopefully we have enough other pieces of our lives (work, friends, family, hobbies, etc.) that sustain us and remind us that it’s not all-or-nothing.

“I am large. I contain multitudes.”

← Come hear me talk assessment at a free C&RL online event
Is your big deal a good deal? →