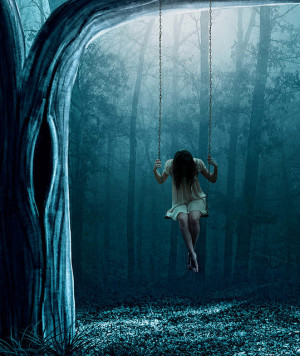 I know a lot of librarians who’ve suffered with depression or anxiety, take psychotropics, or who go to therapy. It makes me wonder if people with mental illness are drawn to librarianship in greater numbers than other professions. I was very happy — and a little trepidatious — when I saw that two fantastic librarians were organizing an LIS Mental Health Week. I think it’s great that we stamp out the stigma surrounding mental illness. Many of the most creative, brilliant, and productive people in our society have suffered from mental illness, yet admitting to being a fellow-sufferer can feel like career suicide. But it shouldn’t be, not just because it’s illegal to discriminate against people with a mental illness, but because many of the most talented and productive librarians I know suffer from mental illness. Myself included. I wonder if we’re so productive because of the tendency among the depressed and anxious to feel like we’re never doing enough. We’re never good enough. My boss recently reminded me that “this isn’t the tenure track” and that I really didn’t have to worry about getting continuous appointment. But that’s not why I work so hard. I do it because of what I might think of myself if I don’t.

I’ve never felt comfortable talking about my depression (or admitting to it) when I’m experiencing it. It’s only after I’ve clawed my way out of that hole that I can admit it ever happened. And the funny thing is that once you’re out of it, it’s hard to really make sense of the experience. A big part of depression for me involves shame. Deep, viscerally painful shame at my weakness; my inability to man up and either fix myself or seek help. Intellectually I understand that this is brain chemistry and illness and not a failure on my part, but it doesn’t change how I feel. And that’s the problem with depression. It doesn’t matter what you think and what you know, because this other irrational part of your brain is now in control of you. You make self-destructive choices that you’d never make under any other circumstances and its all driven by the fact that you feel unworthy of even feeling better.

I’ve had four bouts of major depression in my life and suffer from social anxiety (the latter of which I’m sure many who know me would find surprising). I’ve found ways to cope with the social anxiety and even to overcome it in some situations, but depression is much more problematic. I have a hard time remembering when I first started feeling depressed, but I think it was in 9th grade. I had lots of friends and fit in well and loved the arts school I was attending, but I felt alone, apart from everyone. I felt unloveable. That was when I started cutting myself, something I did on-and-off until age 20, and the scars criss-crossing my left arm are a constant visual reminder of how I tried to turn my pain inward and make it physical because that was somehow easier to process. I don’t think I really understood what depression was at the time, and at some point, I came out of it naturally and had wonderful experiences with people I’m lucky to still call my friends.

Major depression again settled on me like a shroud towards the end of my Freshman year of college, but now I had the self-awareness to know that something was wrong. By the middle of my Sophomore year, I was sleeping 12 hours a day, barely eating, and, in my waking moments, fantasized endlessly about different ways I would kill myself. That was when I called my dad and begged him to institutionalize me. He got me therapy and medication, which didn’t help, and I spent another 6 months spiraling out of control on the inside while playing the part of a successful college student on the outside. My grades never dropped. Maybe it was for the best that I stayed in school and toughed it out, but it was the most painful experience in my life and all I wanted was to take a vacation from myself. I came out of my depression the summer before my Junior year and feeling ordinary again was the most extraordinary feeling in the world.

I didn’t have another issue with depression for a decade until I had my son. I have a Masters degree in Social Work and have actually diagnosed and provided therapy to people with depression, but I still couldn’t do anything for myself. I just made myself and my husband (and probably my baby in some way) completely miserable for six months. Again, I didn’t seek help until things were so bad that I didn’t think I could be in my life anymore. This time, though, a low dose of Zoloft actually did the trick within days, and I felt like the biggest idiot in the world for spending six months suffering so horribly when a little pill could fix it for me. But that’s depression. It pulls you away from your loved ones and from your rational brain.

My last episode of depression was actually related to something that happened at Portland State. I won’t go into details, but the experience made it very clear to me that 1) allowing my work to define me was a huge problem and 2) I really needed to leave my job. 6 months later, I heard about the opening at PCC and my depression lifted as soon as I knew I had a way out. Here, I feel so supported by my colleagues and part of a team that’s doing great work for students. I also struck a healthier work-life balance when I got off the tenure track. 1.5 years in and I couldn’t be happier. This was the only depressive episode I had that was caused by a specific situational event (I suppose you could argue postpartum depression was too, but that’s really chemical/hormonal). I was ok one day and then I wasn’t. My world was full of possibilities and then it wasn’t. There was no slow ramping up to major depression; the trauma happened and BAM. I truly thought at the time that my career was over… even as I was winning the ACRL Instruction Section Innovation Award.

I don’t think I’ll ever let myself get to a place where a work-specific trauma (save an actual disaster) could cause depression again, but that doesn’t mean I’ll never be depressed again. I’ve done what I can to depression-proof my life, but none of us can control everything. I just hope I’ll have the strength to seek help earlier if it does happen to me again.

When my depression is at its worst, I immerse myself in work even more, so it can sometimes be difficult for colleagues to know that something is wrong. I’m super-productive, which isn’t very different from what I normally am at work. I guess the bright side of this is that I don’t inconvenience colleagues, but, while I’m getting everything done (and sometimes more), I feel even more isolated from everyone around me. It almost feels like I’m acting, playing the role of a good employee. I think I’m pretty good at it, because no one outside ever seemed to notice that I was falling apart; not when I had postpartum depression at Norwich, nor when I was at PSU. I was completely empty on the inside, but somehow still managed to look like me on the outside. What a trick.

When I’m depressed, work is almost a gift; something I absolutely have to do that keeps my mind from spinning out of control. It’s the unscheduled moments that are the worst. The evenings. The weekends. Those moments when you don’t have anything you absolutely have to do, so instead you sit and essentially bask in your pain. I have terrible memories of sitting in the dark in college staring at nothing for hours as my mind spun and spun. Being depressed is so much more difficult when you have children, because you have to try and keep things together, even at home. I think that was the hardest part with my last experience of depression; that my son knew something was up. Shame upon shame.

If people learn anything from this, I hope it’s that not seeking help when you’re starting to be depressed is the worst thing you can do. It’s easy to ignore depression as it slowly creeps in or to think it’s something you can just power your way out of. Often it’s not until things are really bad that you realize you need help, and by then, you’re often at a place that is both dangerous and hard to come back from. I have a hard time asking for help even when I’m not depressed and this is a character flaw of which I’ve been trying to cure myself. There is no shame in seeking help; in fact, it takes great strength to do so. Don’t let shame or denial or negative self-talk keep you from things that could help you get out of depression.

To those who aren’t depressed, you should know that people manifest depression in many different ways. Not everyone fits the stereotype of the weepy zombie who can’t get out of bed. Depression can look like anger, insecurity, numbness, overcompensation, extreme sadness, etc. We all cope (or try to cope) with it in our own ways. Also, don’t assume that a colleague who is depressed is a liability, though, yes, some people may not perform at 100% when they’re depressed, like anyone with a physical illness. You may be surprised that some of the most productive librarians you know and maybe admire are suffering from depression, and that relentless productivity is just a symptom. Your best bet: 1) don’t make assumptions and 2) if you see a colleague’s behavior changing in a way that seems concerning, talk to them. I would have been so grateful if someone (other than my husband who is a saint) had reached out to me.

To everyone suffering from depression right now: you are not alone. Get help.

Some other great blog posts from this week so far:

Tags: #LISMentalHealth
← Reputation is everything: On problematic editing and sponsored content
Appreciate your speakers →