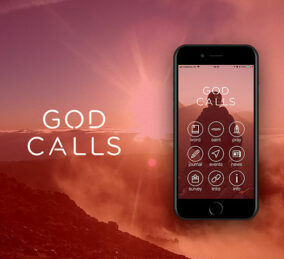 A friend of mine wrote a tweet that really made me think the other day:

I understand arguments against a default “vocational awe,” but much of the discourse denies the existence and validity of vocations. Some think of what they do as more than a job. They feel called to it. Not everyone is, and that’s okay. But some are, and we should respect that.

Vocational awe for the individual can feel very very good… until it doesn’t. That sense of purpose is a powerful drug. I came into this profession with a healthy dose of vocational awe after leaving another helping profession, which means I should have known better but didn’t. Vocational awe is more than loving your job or caring about doing a good job. It’s a deep sense of identification with your work where your work becomes a core part of your identity. It’s more than a job; it’s something you were called to do (by God, but like the protestant work ethic, it’s mostly lost its religious connotations). It drives you to go “above and beyond” for your job and you feel good about doing it. For people who have experienced trauma and/or oppression, this deep identification can feel very good when you’re doing well in your work. Each achievement or accolade is another opportunity to feel a sense of self-efficacy, of worthiness. I remember that feeling well. But the flip side is that when things go wrong, you also see that as a referendum on your worth. If your sense of self is wrapped up in your work, having a boss who doesn’t like you, being demoted, being laid off, being mistreated by toxic colleagues, can cause deep wounds to one’s psyche. I’ve written in the past about my own experience with this and how it led to the worst depression of my life. I’ve also heard from so many people who had a similar experience and how it broke them. How they went from happily going above and beyond to questioning their own worthiness. No job is worth that. Crocker and Knight write about this phenomenon and the costs of making one’s self-esteem contingent on performance in one area of one’s life in the article “Contingencies of Self-Worth” (which Jennifer Crocker has written about extensively in other publications as well) and argue that “contingencies of self-worth are both sources of motivation and areas of psychological vulnerability.”

Tying your sense of self to your job can also be problematic when you are unable to devote the same amount of yourself to your work as you used to. Perhaps when you just had a baby. Or your spouse is diagnosed with cancer. Or you develop a disabling chronic illness. People whose sense of self-efficacy is tied tightly to their identity as a good worker struggle much more with the idea that they need to shift their priorities. After having my son, I remember the tremendous guilt I felt for years; both that I was not doing enough as a librarian and that I was not doing enough as a mother. Nothing I did ever felt like enough in either area of my life/identity. I spent more than a decade muscling through my migraines to teach classes, staff the reference desk, etc. instead of taking the time I needed to care for myself. Vocational awe encourages people to put their physical needs and the needs of their family members last. It was only when I’d recognized my workaholism and also that I was enough just as I am that I was able to start prioritizing my well-being over what really is just a job. I didn’t need to keep providing myself to be “enough.” But also, my working through my migraines helped contribute to a culture where others with limitations felt like they had to do the same. It was not just vocational awe, but internalized ableism.

The other piece of vocational awe is an idealization of our profession. Fobazi Ettarh, who defined this term that is so relevant to all helping professions, wrote that it’s about seeing “libraries as institutions are inherently good and sacred, and therefore beyond critique.” While that idealization can lead us to martyr ourselves for our jobs, it can also make it all the more brutal when we at some point are rudely awakened to the fact that our profession is just as oppressive as the rest of society. It can feel like a betrayal for those who really saw this profession as something that stood apart from all that. I think that awakening tends to happens much more quickly (if they ever idealized it at all) for library workers who are BIPOC, LGBTQ2IA, have disabilities, and/or are from another historically marginalized group. Maybe some White, straight, Christian male librarians never experience that and can go on seeing librarianship as a city on a hill, but it’s a tremendously privileged space to be in. (And speaking of privilege, it is often the people most marginalized in our field who feel the most pressure to attain a vision of “professionalism” that looks a lot like vocational awe.) And I think the realization of that schism between our idealized view and the reality, can often feel like a deep betrayal. It can lead straight to burnout.

The other problem is that vocation is anathema to solidarity with one’s fellow workers. No matter how poorly library workers are paid or treated, a library worker full of vocational awe would never strike because it would be bad for patrons. How could we withhold our help??? Because service to patrons is always going to be more important. I remember at the start of the COVID-19 pandemic, I had a colleague who was twisting herself into a pretzel trying to come up with ways for us to continue providing in-person reference services “safely” when most libraries were closing. In her mind, our responsibility to provide reference services in-person trumped our personal safety and our responsibility to protect the public health. I feel like a lot of this sort of vocational awe is ego-driven. We are just so needed. What would people do without us?? It’s nice to feel like what we do is important, but it shouldn’t be at the cost of the well-being of our colleagues.

And let’s be real. Most libraries run on vocational awe. No matter how much gets cut from the budget, no matter how stretched library workers become, people willing to go above and beyond will continue to plug the holes. They will continue to do more with less, which really means working more than one full-time job. Vocational awe is what allows libraries to run on austerity budgets. It’s what allows directors and deans to never address scope creep and increasing workloads. Because someone will always step up. And regardless of whether you are full of vocational awe or not, the people who are are creating a culture that expects the same level of commitment from you. And that’s a huge issue. As I mentioned in another recent post, even if you see librarianship as a vocation and are willing to go above and beyond, in making that choice, you are normalizing overwork for others. Because workplace culture is all of us. And until we are all unwilling to tolerate unreasonable workloads, the expectation will always be there and will be greatest for those with the least power and privilege. And we will always be judged against the person doing the most, even if they are working themselves to death.

And what happens when librarians with a sense of vocation become managers? Or when they get on hiring committees? Or manage a project? How could their views about going “above and beyond” not impact how they judge job candidates, who they decide to reward and promote, how they determine reasonable deliverable expectations, etc? Will people just doing their job well ever be considered good enough? I remember when I interviewed at one library, the Dean told me that “people who want to spend time with their families shouldn’t become tenure-track librarians.” I was so taken aback by that, especially because I had a toddler at home. We can pretend that the choices of individuals are somehow separate from the culture, but we each contribute to the culture. And the more power we accrue, the more our ideas about workload and the role of work in our lives influence the culture.

No, I don’t think people who come into the profession with a sense of vocational awe should be disrespected; they come by it honestly. I think there are a lot of forces (and individuals) socializing people coming into the profession to see themselves as being called to this “noble profession.” It was the same when I did my Masters of Social Work; there was a lot of white saviorism b.s. being crammed down our throats. But I don’t think we should respect something that will cause us harm. I think we owe it to our new colleagues to help them see the profession through a critical lens, to recognize the labor dynamics at play, to see that our profession’s leaders capitalize on the vocational awe of library workers to create a culture of overwork, and to recognize that they are doing a great job by “just” doing exactly what their job description asks of them. And someone who still chooses vocational awe, knowing all that, is not an ally. They are not in solidarity with their fellow workers. And no, that choice does not deserve respect. And I say that as someone who once had a strong sense of vocational awe, who once worked herself to the bone for her job, and who believed I was a good colleague because I was doing more than my fair share. I was totally wrong. I don’t think people with a sense of vocation are capable of not causing harm, either to their colleagues or to themselves, even though that is likely the last thing they would have intended.

Read Fobazi Ettarh’s brilliant “Vocational Awe and Librarianship: The Lies We Tell Ourselves” and ask yourself, “is vocational awe harmful, even from individual people who feel a sense of calling?” I’d love to hear your thoughts, even if you come to a completely different conclusion than I did.