by Meredith Farkas on 6/1/2016 with 9 comments General, librarianship, our digital future, social software 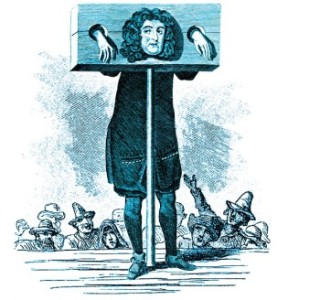 When I was young and bold and strong,
Oh, right was right, and wrong was wrong!
My plume on high, my flag unfurled,
I rode away to right the world.
“Come out, you dogs, and fight!” said I,
And wept there was but once to die.

But I am old; and good and bad
Are woven in a crazy plaid.

-From “The Veteran,” by Dorothy Parker

As someone who has been active on social media for the entirety of my professional life and who wrote a book on social media for libraries, things have to be pretty bad for me to be considering taking a hiatus from social media. But I feel like the vitriol, nastiness, and lack of compassion is getting worse and worse and I want no part of it.

My Facebook feed right now is full of (armchair primatologist and parenting expert) friends expressing outrage over the mother of the child who climbed into the gorilla enclosure in Cincinnati and the staffers who decided to kill the gorilla. The glee with which people I think of as compassionate are going after the parents and looking into their lives and background is disturbing. I feel like they must have access to much more information than I do, because I don’t know that the mother was negligent, and having experienced my nephew who was “a runner” when he was little, I know how kids can get away from you in the blink of an eye.

When bad things happen, society always seems to look for someone to blame. Someone to look down on. Someone to judge. Why do we do it? Because it makes us feel better about ourselves. I would never _____. Those people are less [careful, caring, moral, human, etc.] than me. Therefore, nothing bad like that could ever happen to [me/people I love]. And, instead of looking at how this thing can be prevented from happening again, we just want punishment. We want to see someone burned at the stake. That short-term vitriol never seems to lead to long-term improvements that would keep the same thing from happening again.

Were I just seeing it in the larger society, I could maybe just write it off, but I also see it happening in my profession, a profession full of brilliant critical thinkers who sometimes engage in mob mentality online. I have witnessed so many social media take-downs of people in our profession — some small, some quite large and public. More often than not, we are not privy to all the facts, but still blame and shame in ways that cause real damage to people.

I also saw this vitriol come out recently against American Libraries when some content had been changed in an article (without the author’s permission) that was favorable to a partner vendor. Admittedly, this was a bad situation that was not handled well by ALA Publishing, but it spurred on the usual “blame and shame” Twitter cycle that, as usual, did not lead to any meaningful change. What happened as a result? Did their policies or practices change? Is there a committee looking at this? Does anyone know?

What makes me craziest about the “blame and shame” Twitter cycle is that it never seem to lead to meaningful change. The people who are expressing outrage only seem to care for a short time, and not enough to ensure that positive and constructive change comes from all of it. The people who’ve been social media shamed either do everything in their power to disappear from the world or otherwise write off the people on social media as lunatics who can’t be taken seriously. Either way, again, no meaningful change or learning comes from it.

I used to see the world more in black and white and get riled up over things that now seem inconsequential. I used to be more judgmental. I am ashamed of some of my blog posts from long ago. As you see people in your life struggle, and as you struggle, you realize that nothing is quite that simple. An action you may have judged in the past rarely happens in isolation, and there may be some very good reasons why what happened did that you are unaware of.

Now, instead of rushing to judge, I try to understand. I try to put myself in their shoes. I remind myself that I’m not perfect; that I’m not immune from making mistakes or from bad things happening. In his recent post on ACRLog, Ian McCullough talks about having a “generous heart” when it comes to other people’s failings. I really like that. At one point, my friend, Josh Neff, called it “charitable reading,” but it applies to our physical lives as much as our digital. When we jump on the Twitter rage train against someone, we are forgetting that they are fully-formed human beings with complicated lives and emotions and desires who are not all bad or all good. And when we do that to people in our profession (which sometimes seems very small), it feels particularly egregious and short-sighted.

I’ve made mistakes. I’ve made bad decisions. I’ve been the “bad guy.” I’ve done things in my life that I never thought I’d do, and a big part of that is because I’d never anticipated being in the situations I was in. Life is unpredictable. People who go through terrible things are usually blindsided by them. And you don’t really know how you will respond until you’re in the situation. There isn’t a roadmap. To me, the key is learning and growing from the experience. And I think it’s hard to learn or reflect when you are in fight-or-flight mode because you’re being excoriated by people around you who probably don’t know the whole story.

But when you fall down, you see who your real friends are. You see who judges you, who stands back and holds you at arm’s length, and who is there for you. You find out who sees you as the sum of your parts instead of just one thing you did or said. I’ve been through several difficult chapters in my life that have made it clear to me who I can count on, and it is a powerful lesson. I only hope I can be there for those people in the same way when they need me.

Embracing nuance is hard sometimes. It’s so much easier to say “vendors are evil” than to admit that the people working at those companies are human beings, some of whom actually want to do (or are doing) good things for libraries. It’s so much easier to destroy an editor at ALA who made a poor decision than to work with ALA to make sure that never happens again. It’s so much easier to jump on the rage train when someone on Twitter is getting flogged for a comment they’d thought innocuous than to try and be kind and constructive.

Letting go of all that piss and vinegar and moral superiority feels good, at least for me. It’s freeing to recognize our own humanity and the humanity of those around us. We’re all flawed human beings trying to make our way through the world with (mostly) good intentions. We don’t all value the same things. We all sometimes feel schadenfreude; it’s an inescapable part of our reality TV-loving society. But assuming the best in people and helping them when they fall down feels a lot better than tearing them down… well, at least in the long term.